A photograph of a paper-clip, and under it a word ‘and’. It makes sense. But a different one, if under the photograph there is a word ‘a paper-clip’, or an expression ‘ It’s not a paper-clip’. An unlimited possibility of combinations between words and images has been an insparation to create installations ‘Concepts’. Inspired by ‘Goya Series’ (1997) by John Baldessari and ‘Observations’ (1995/2011) by Roman Ondak, I have pondered about the relationship between words and photographs.

Their works regard a photograph just as an image of something to which a word is related. Iconic element of photography -that is, its visual similarity to mental imagination, obscures or distracts attention from its symbolic element constructed by socio-cultural norms. Hoewever, the photographs here are regarded as three-dimensional objects made of paper that is flat, light, and transparent.

I noticed that when I treat photographs as objects, I have an impulse to do/make something with them. I am not a passive admirer any more, but I become an active creator. Three-dimensionality of a photograph empowers and encourages me to play with them: turn to the other side, illuminate, tear them apart, frame them, hang them and whatever else comes to my mind. 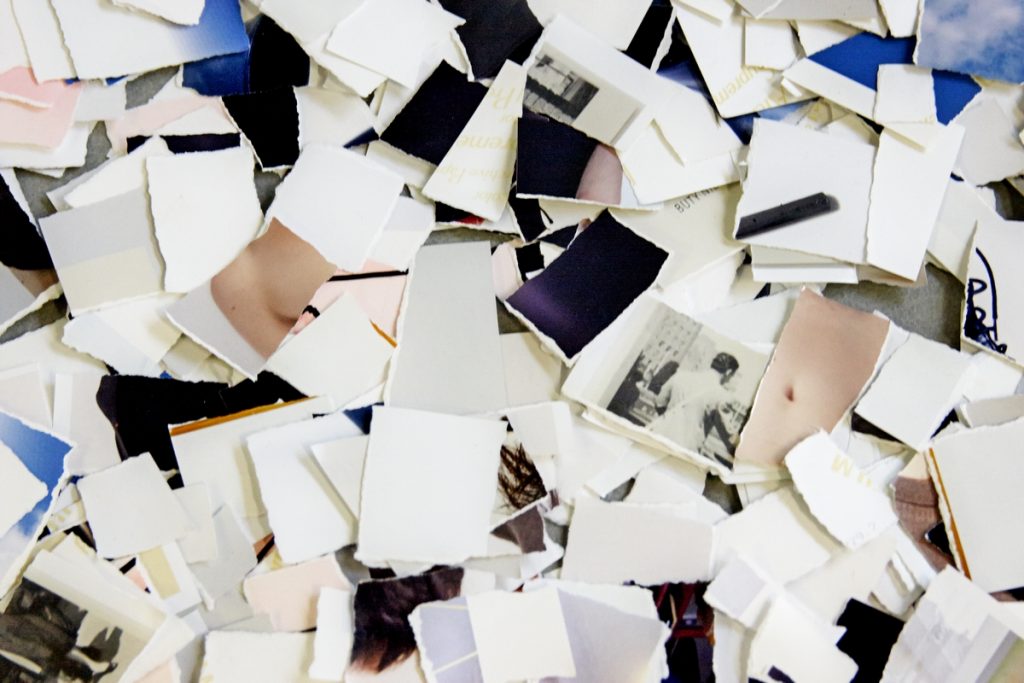 These gestures created a straight trajectory to surrealism movement and drew my attention towards slips of a tongue, I once heard. “How about trying to illustrate absurd phrases like “a head of a head”, or “the sun is pouring”, or “the shoe won’t get in”?! Not only gestures, but the medium and context give an added value to the meaning of words and photographs. In case of Baldessari, his photographs were printed on painting canvasses for a gallery show, and Ondak cut them out from a book, framed them and exhibited in a museum. ‘Concepts’ are also situated in a gallery (below) and words are printed on small boards like exhibit titles in a museum.

The photographic objects are physical quotes from a photographer’s atelier, who deals with such activities as creating illusion of depth in a photograph, printing and framing them, cut them, put them in order or illuminating them. And maybe this is a  way out of the trap of idolatry of photography described by Vilem Flusser in his book ‘Towards a Philosophy of Photography’ (1983: 83).

“Concepts” is my diploma work under the supervision of professor Stefan Czyżewski that I presented during the students’ final exhibition in November 2012 at the New Media Building of National Film School in Lodz, Polen.