About the so-called Tropical Islands I heard  when I had lived in Berlin for several months. It was to be a popular holiday destination for Germans and foreign tourists. On the website I read that the spa was created in a building of the largest volume in the world, which was to be used to build airships. However, when the project failed, a Malaysian company bought a hangar to transform it into one of its kind recreational attractions.

The hall has a hot, humid and steamy microclimate, there grow plants typical of tropical forests, and guests relax on sandy beaches made by the pools, sipping cocktails and enjoying the exotic atmosphere of this place. Children and teenagers play on water slides or run around the garden, and young couples look at each other in the restaurant. Although privately I would not go on such a vacation, I wanted to spend the day as an observer.

Strolling along the paths around the garden, at the pools and bars, I was thinking about Baudelaire’s simulacrum theory, the film “Truman Show” directed by Peter Weir and many futuristic visions of the Earth. I was also wondering whether my decision to emigrate to Germany was not dictated by an utopian vision of paradise, which the people of the capital, as well as the media and my own fantasies, promised to me. From the perspective of time that has passed since that day, my photographic Tropical Islands are a reminder to me that only the mockery of heaven is always, invariably, blue 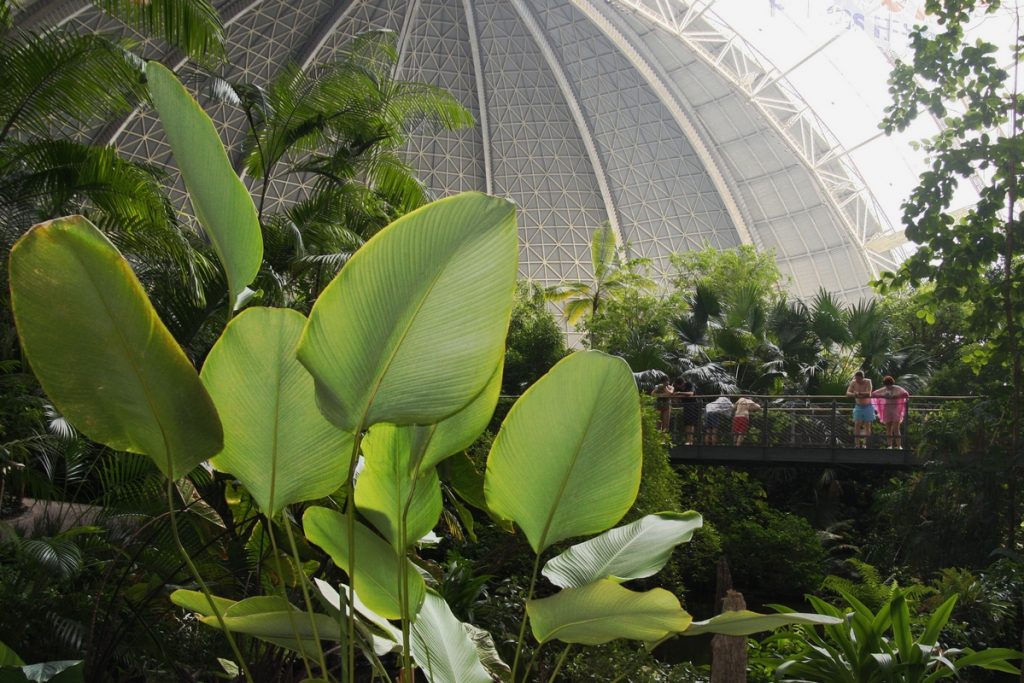 The pupil of eye. 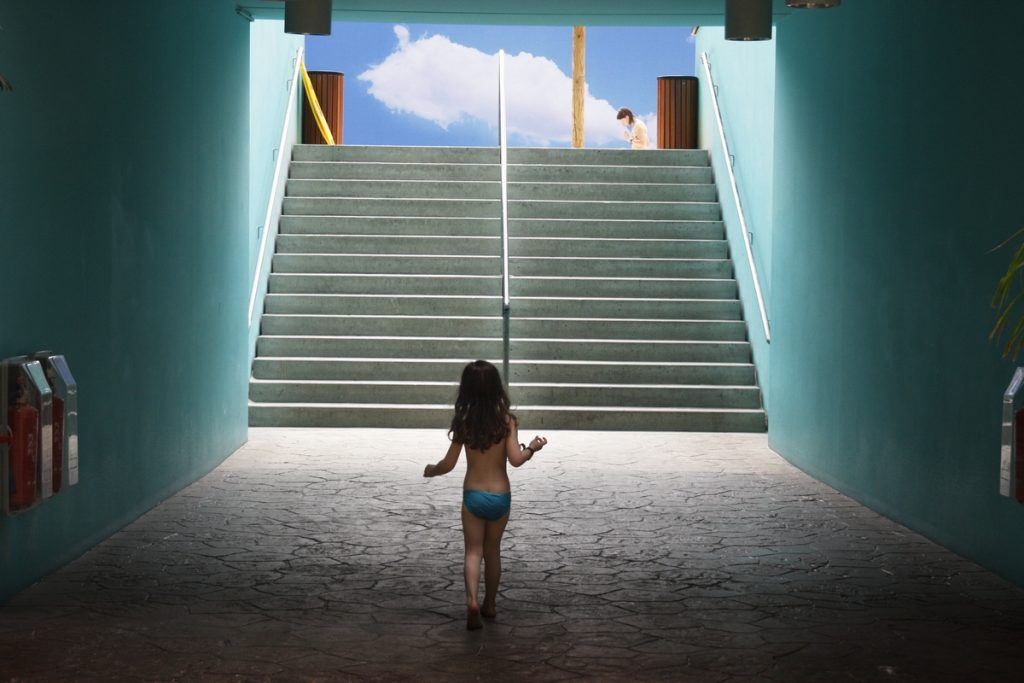 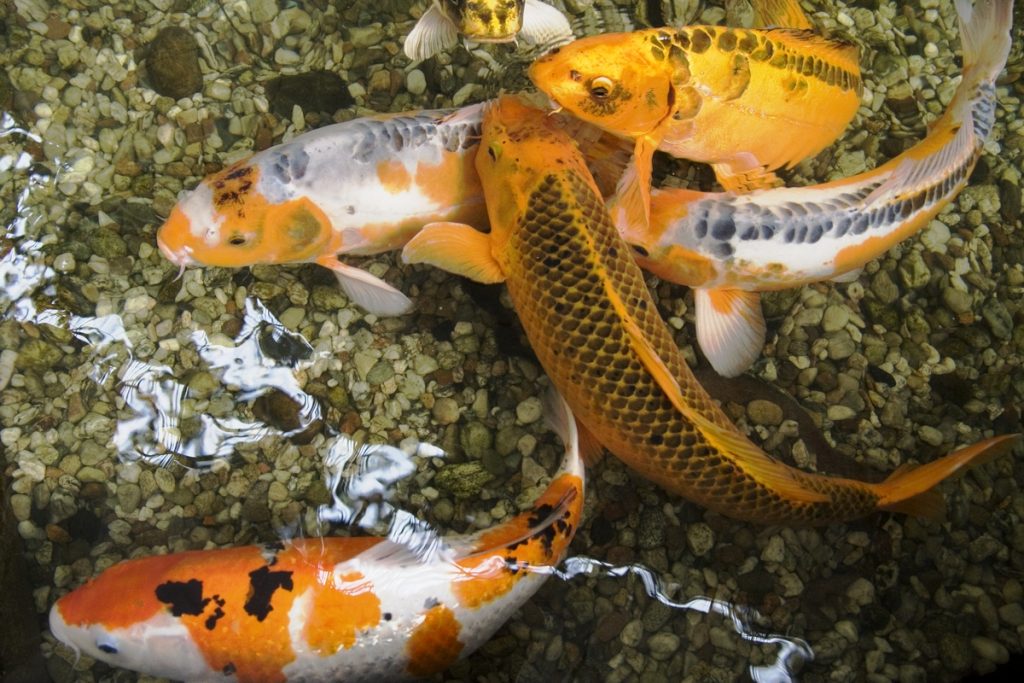 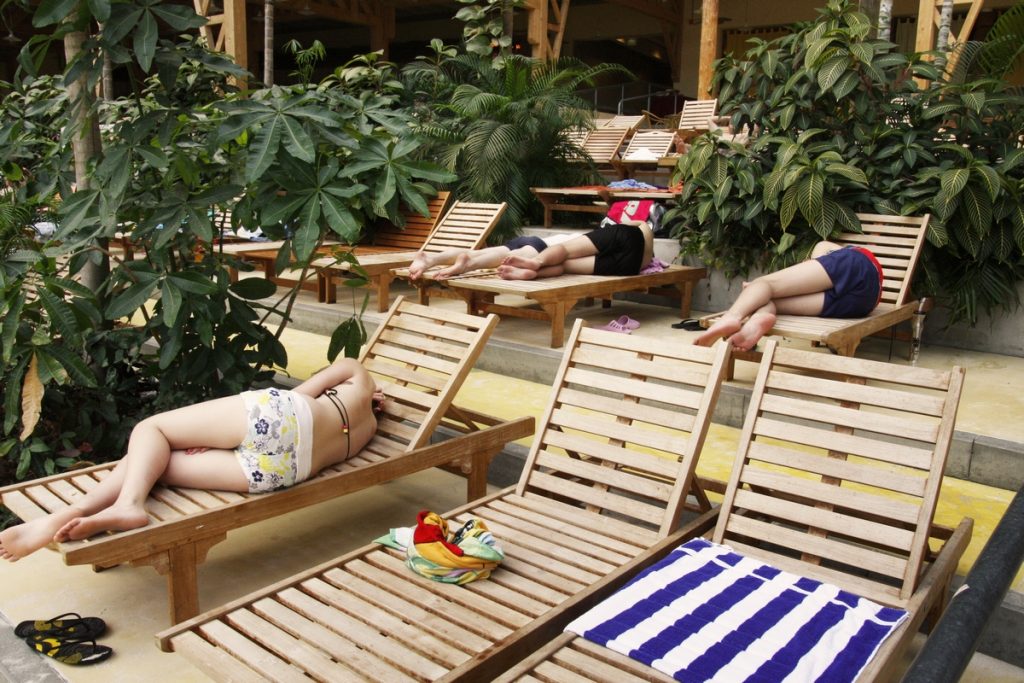 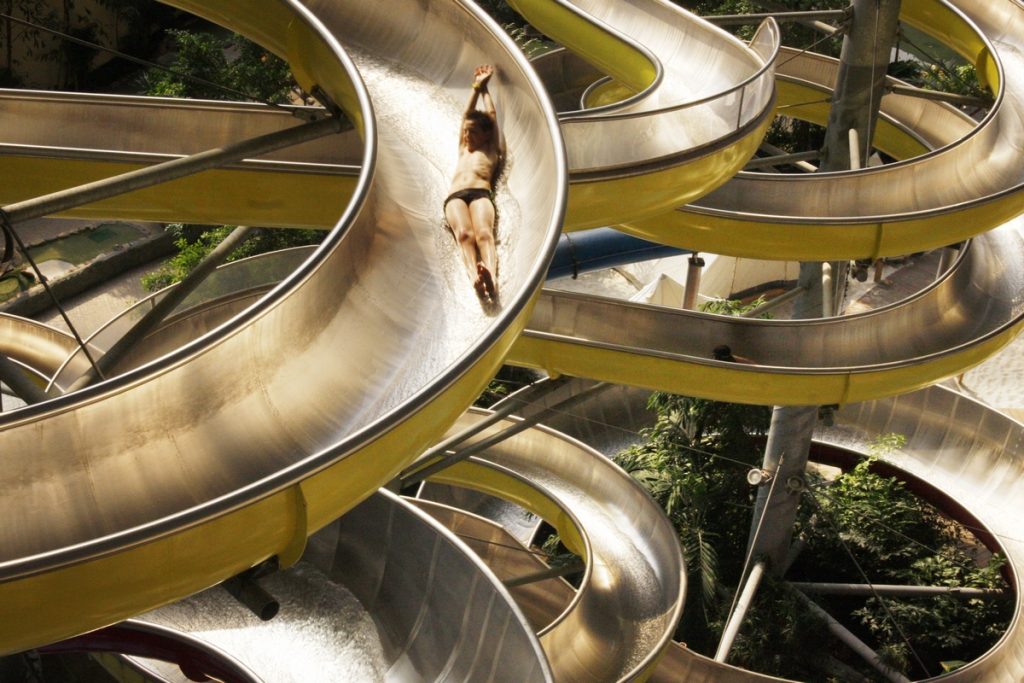 A spiral from time.

The moment lasts only.

Touch of air around. 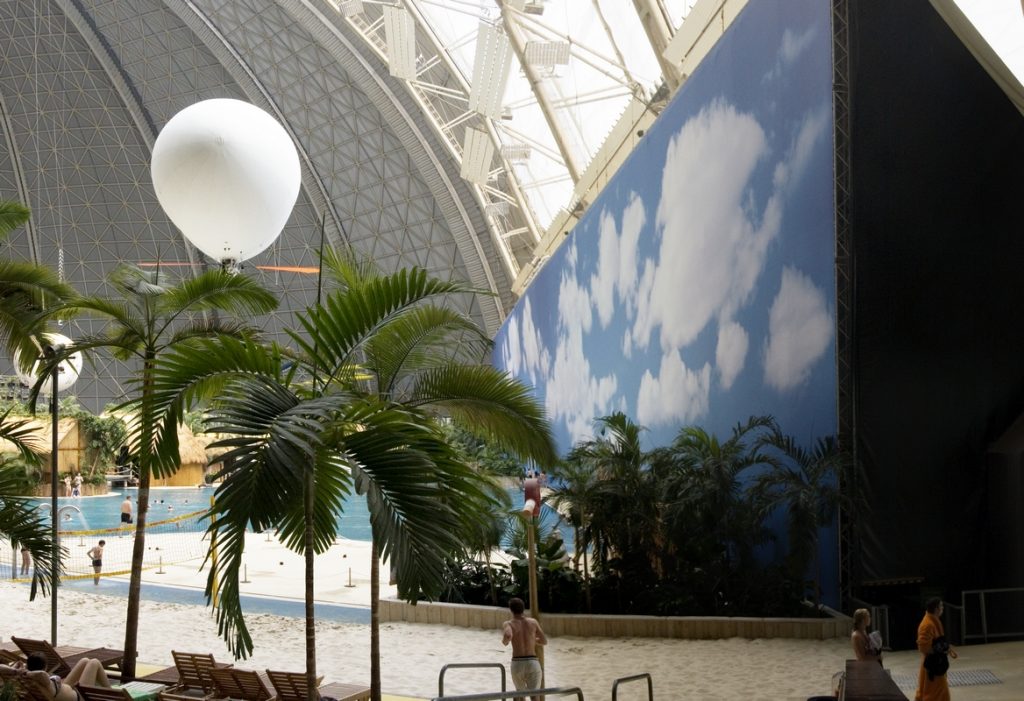 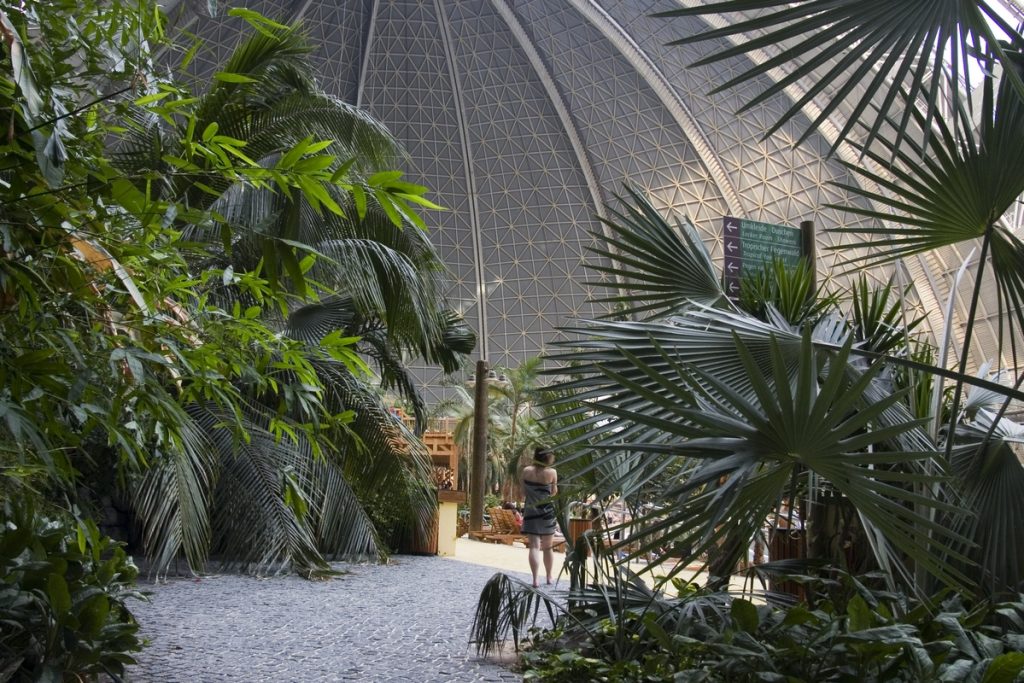 Yet it goes on.

This pillar is deep. 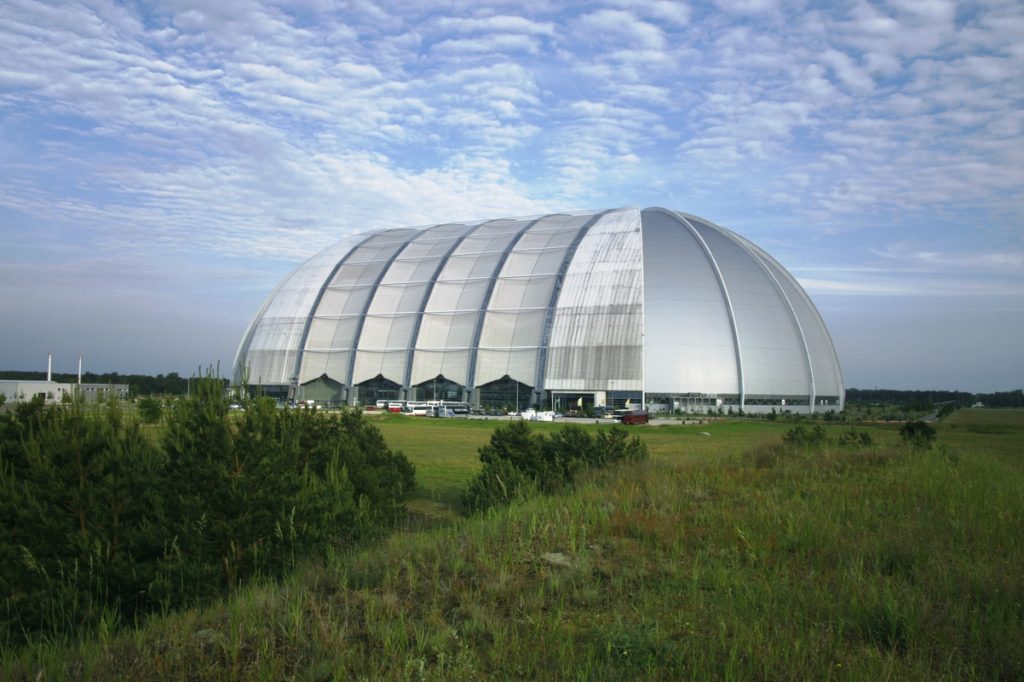 The photograph Guide me, guide was shown during the group exhibitions:

Salony Fotografii that opened on 21.06.2018 in the City Art Gallery in Łódż, Poland during the Fotofestiwal 2018.